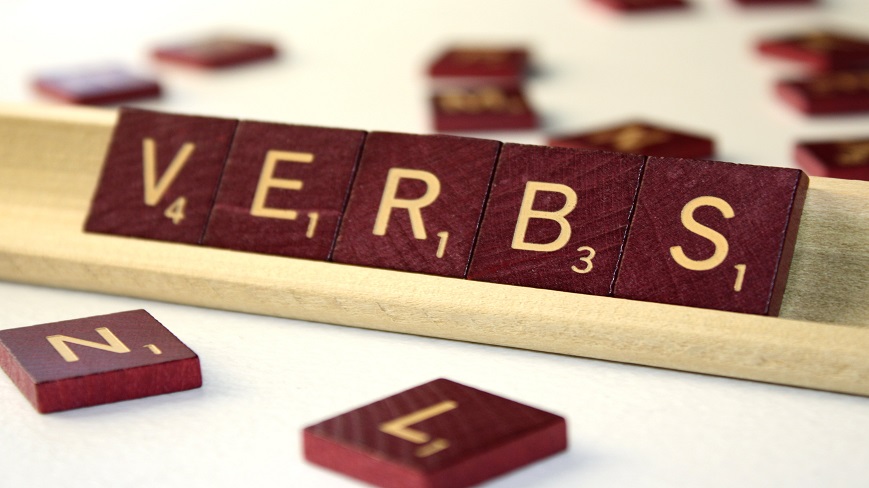 I visited my friends in Milan. (past simple)
She’s lived in New York for many years. (present perfect)

Tom was in New York yesterday.
I’ve been at this job for a long time.
She’ll be at the party next weekend.

We beat the home team yesterday.
I’ve never beaten Tom at chess.
Do you think you could beat him?

Jason has become an excellent doctor.
I’ll become your friend if you move here.
The situation became a problem for Bob.

They haven’t begun the play yet.
I began to work early this morning.
She’ll begin to explain in a moment.

He bent the branch until it broke.
The flag poll bends in the wind.
I’ve bent the nail in the board.

My boy has broken three windows this week!
I broke that window last week.
She usually breaks the egg over the sink.

Janice bought a new watch last week.
I usually buy my vegetables at a country stand.
He’s bought more than ten cars in his life.

We came home earlier yesterday.
He comes to class on time every day.
He’s come across that song before.

How many pieces have you cut?
I cut my finger on a glass yesterday.
The boy never cuts his own steak.

She drew a beautiful picture in class.
Jackie has drawn a few clowns this week.
She’ll draw the money from the account tomorrow.

I was so thirsty I drank two bottles of water.
Have you drunk any water yet?
I’ll drink something when I get there.

Have you ever driven across the US?
I drove to the basketball game after work.
He’s going to drive to the airport this evening.

We ate lunch early today.
Have you eaten already?
Where did you eat dinner yesterday?

Have you found him yet?
I found this book on that table over there.
I’ll find him, don’t worry!

Cheryl flew to Brazil last month.
Have you ever flown around the world?
He’s going to fly a commercial airliner some day.

Have you forgotten that you had an appointment?
I forgot my pen at home. Can I borrow yours?
You’ll have forgotten by the time you get home.

They gave us an early appointment.
He’s given up on trying to learn Japanese.
I’ll give you a call next week.

Have you ever gone on vacation alone?
She’s going to ride the bus to work today.
I went to the party last week.

She grew up very poor.
The plants have all grown.
Did you grow that plant?

I had some toast for breakfast.
I’ve had some extra free time this week.
She’ll have the package ready when you come.

He’s hit me three times!
Bob hit the ball out of the park last night.
He usually hits his nine iron well.

She held on tightly and entered the tunnel.
I’ve held her hand before.
Hold on for a few more minutes.

Have you kept your word to Peter?
John kept the door open for his mother.
I’ll keep your secret.

I knew that once …
I’ve known my best friend for more than 40 years.
Peter will know the answer.

Have you learnt (learned) anything yet?
He learned his lesson last week.
This has been learned for ages.

We left the book at home.
He’s left the house early this morning.
We’ll leave as soon as you get home.

I lost my watch yesterday.
She’s never lost her purse.
They’ll lose patience if you don’t hurry up.

I made the bed before I left.
I’ve made some tea. Would you like some?
Will he make the meeting next week?

Have you met Jack?
We’re going to meet at three o’clock next week.
He met his wife in Hawaii.

He paid by credit card.
I’ll pay the bill and we can leave.
Janet is paid by the hour.

She put on a CD and relaxed for the afternoon.
I’ve put in for a new job.
She’ll put him up for the night.

Mary rode the bus to work.
I’ve ridden a bike all my life.
She’ll ride with Tim to the party.

Have you seen Angie yet?
I saw the film last week.
She’s going to see her friend next weekend.